Flexcil for Android is now in the closed beta testing.

Today, we’d like to introduce a beta tester review of Flexcil Android. The original review is written in Korean and we translated it.

There is a good chance that it will win first place, beating other Android note-taking apps that lack a lot in the interface configuration that is extended from the mobile phone UI and convenience when handwriting.

Flexcil is also an app that was released on the Apple App Store.

“No.1 in Free & Productivity Category”

These are some of the titles that Flexcil was able to acquire.

However, the app development environment between Android and IOS is so different. Therefore, it is safe to say that it is newly created in almost everything except UI. 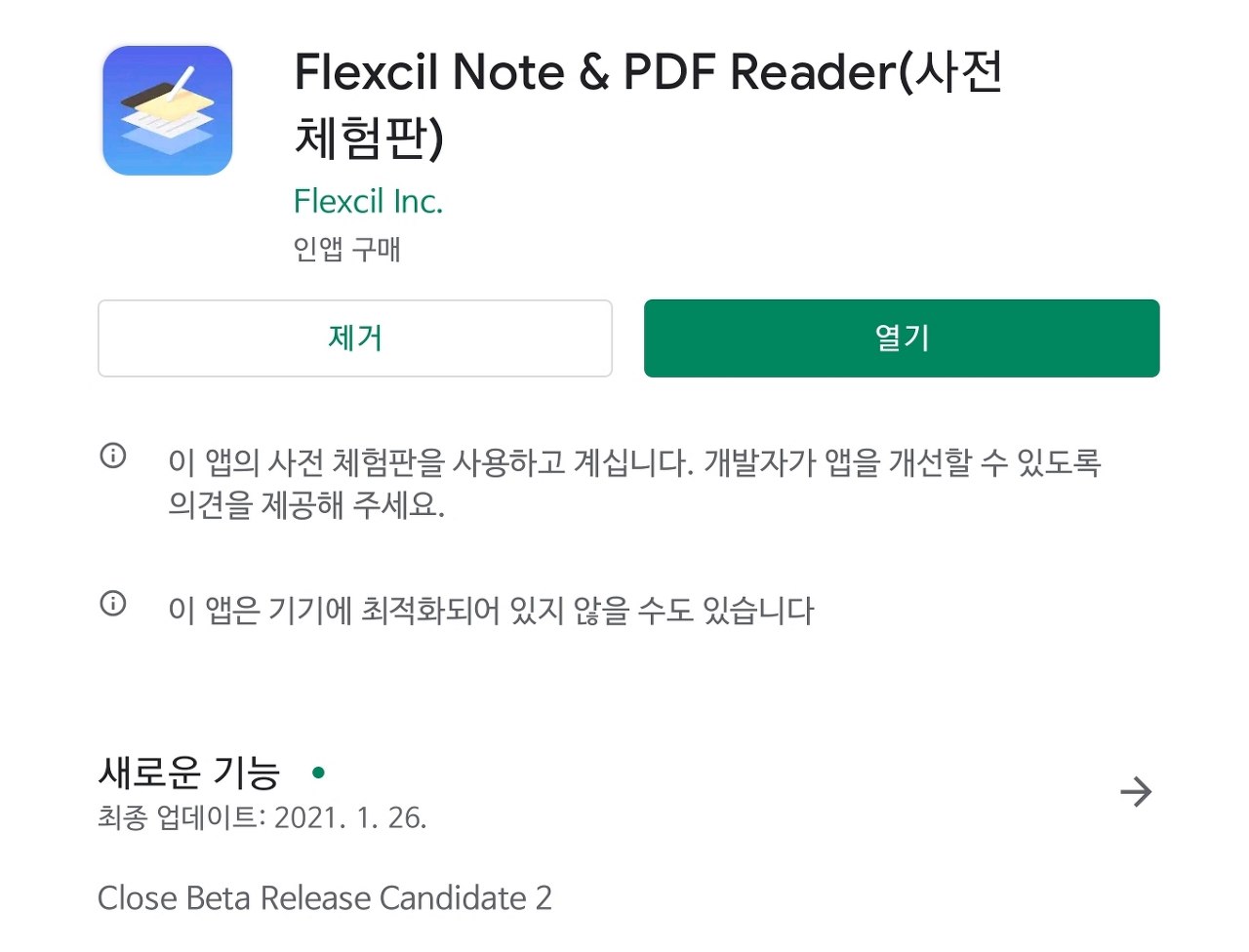 The Closed Beta version has been distributed for some of the prototype testers since January 26.

Unlike the prototype version, which was only available for simple handwriting and storing, a number of features are available now.

This is the initial screen on Flexcil.

Red writing is for your easier understanding. 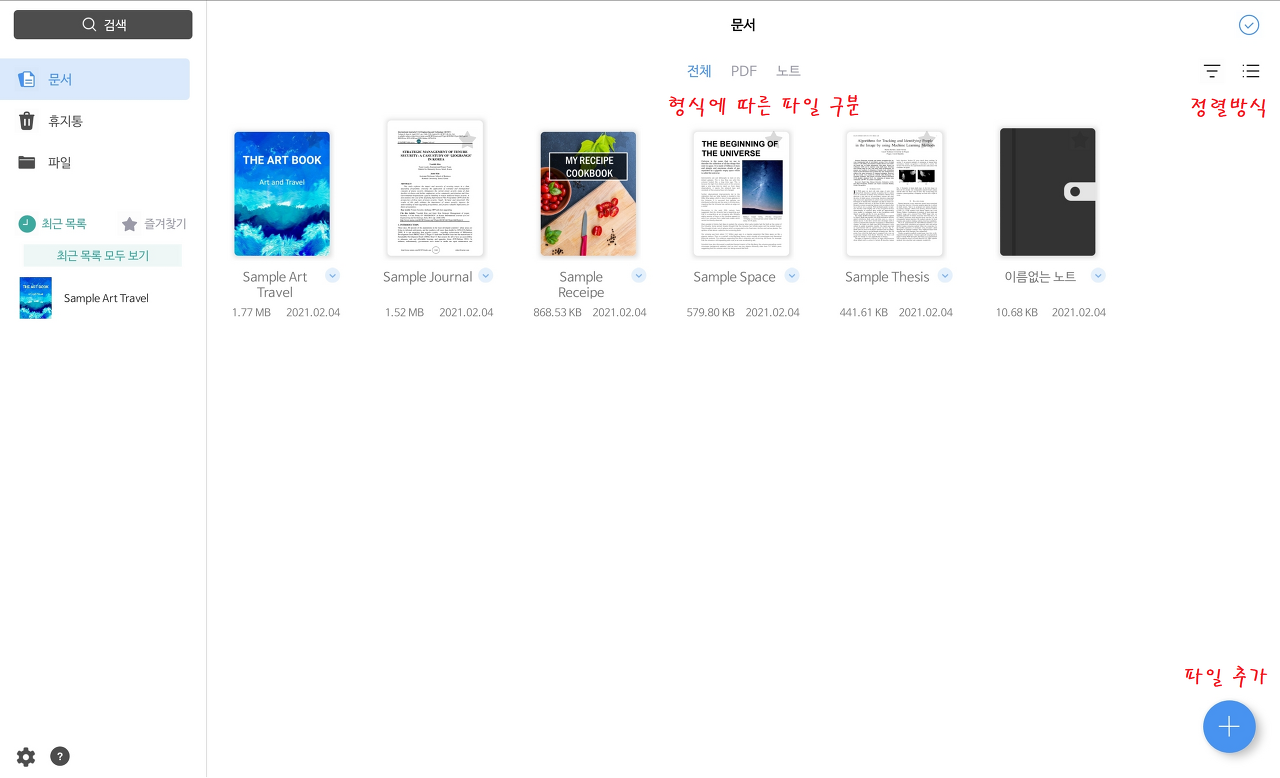 The ‘Adding a File’ button lets you create folders and notes, and import files through Files.

It also supports importing files from the Cloud, such as Google Drive.

Let me open a sample note.

Wide UI is already making me feel good about the app.

The handwriting tool selection bar can be changed either horizontally or vertically (rightmost button) and can also be put into the top bar by drag and drop. 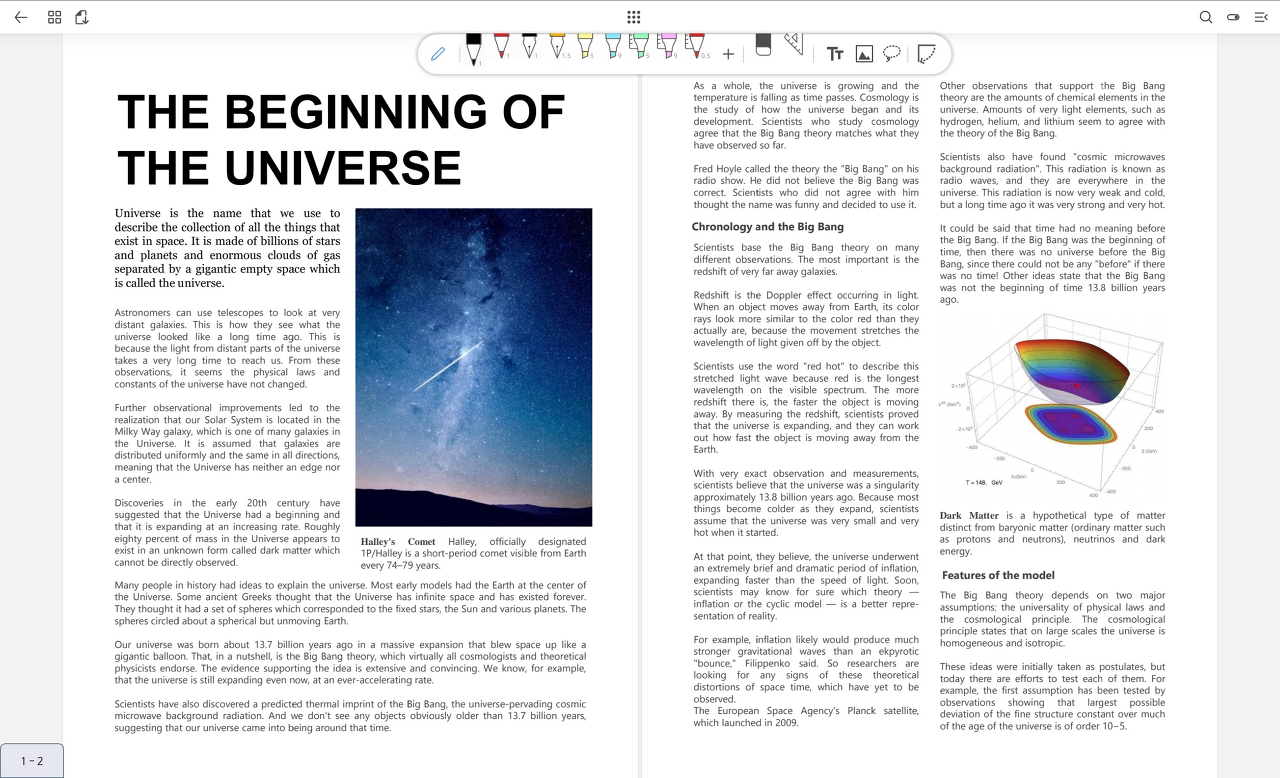 If you look at the box in red, you can drag the pen tools by drag and drop as well. 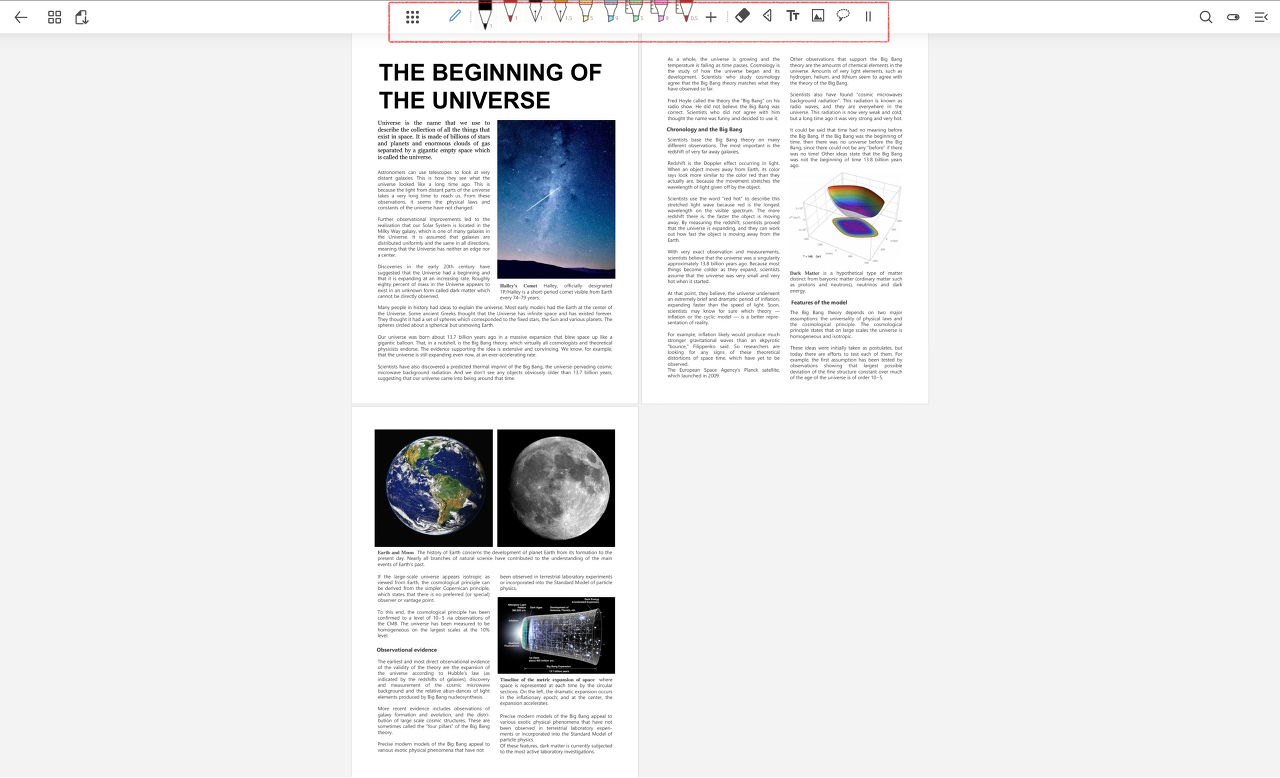 Simple setup is possible by clicking the top right switch shaped button on the document screen.

For those who are sensitive to palm rejections, even after turning off the “one-finger panning” feature, you could simply swipe with two fingers. 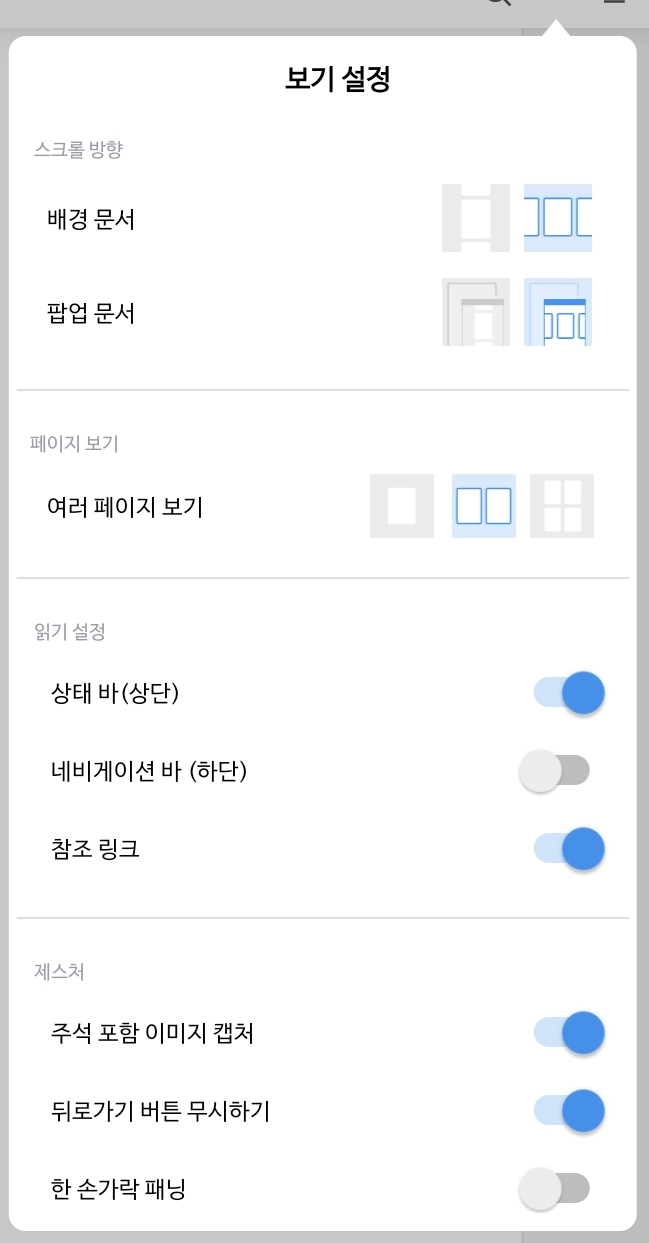 Also, one of the convenient parts that I felt when using Flexcil is that I can make a straight pen and can use it continuously.

When you check the ‘draw straight’ mode in the pen settings option, the line is drawn in a straight line without having to change to shape mode every single time. (Can be done in highlighters too) 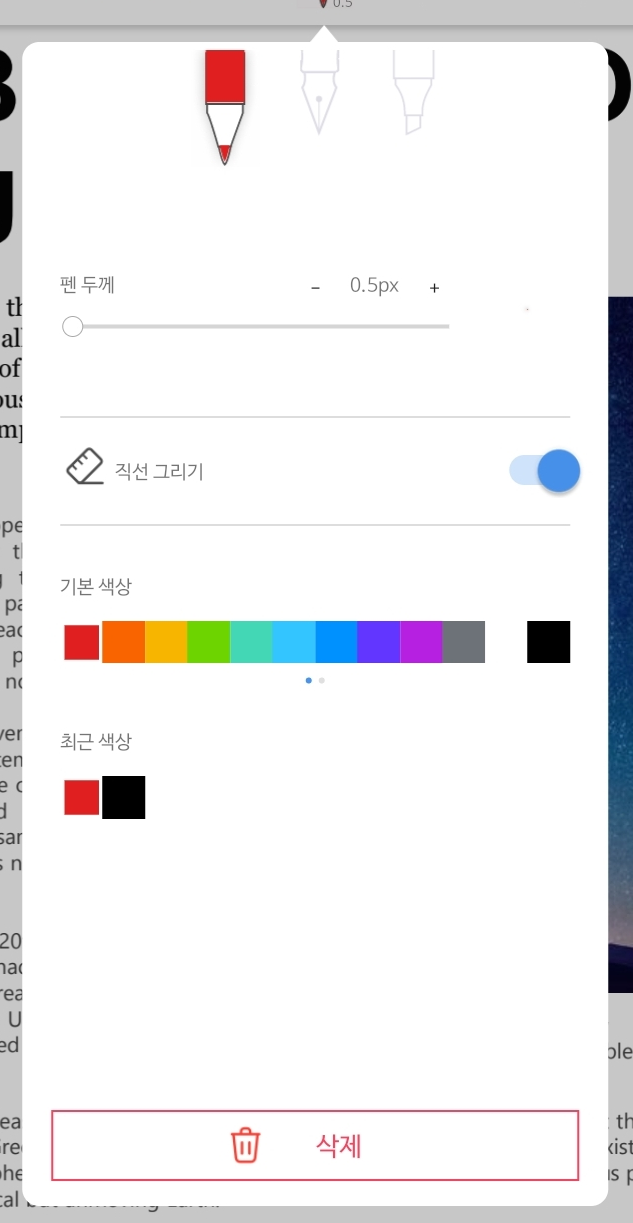 It’s quite convenient to underline because the straightening correction is made automatically while drawing a line.

Also, it can be deleted immediately with an eraser because it recognizes straight lines as handwriting, not as images or shapes.

Pen colors can also be selected in various colors.

There are more and more features I would like to introduce as I use them. It’s amazing that the app, which has only just started beta testing, has already filled such convenient features that other apps lacked.

This is the lasso tool screen. It not only allows you to select all the things, but also provides a filter function to select specific elements to be selected. 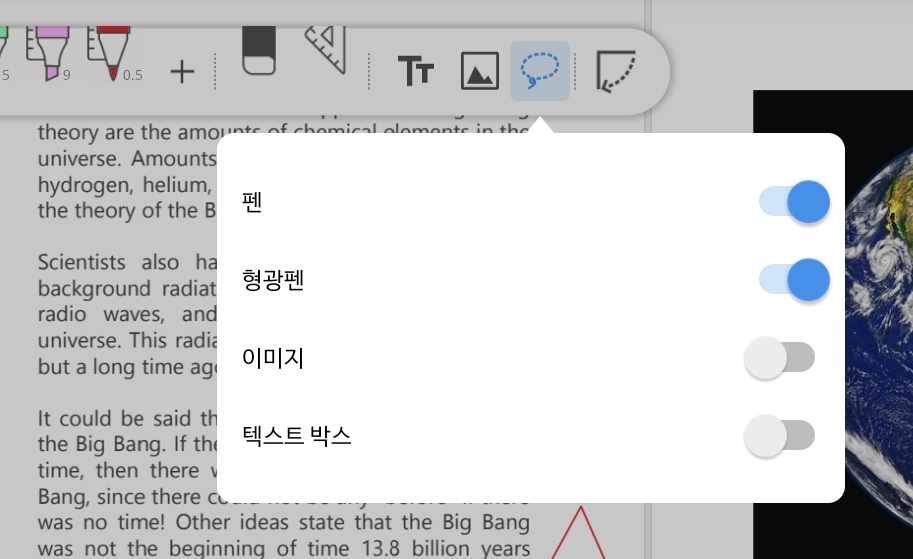 Now, gestures. They are exceptional features of Flexcil.

Draw an “L” on the PDF document to designate an area and capture the screen.

You can simply copy by drag and drop.

Instructions on additional gestures can be found in Flexcil website.

The next feature is the pop-up note feature.

While reading documents, the inconvenience of running another app to take notes disappeared.

If you use your three fingers to swipe up, a pop-up note will come up right away.

Then simply drag and drop the reference document from the tab.

Of course, you can adjust the size of the pop-up note.

(Zoom out by pinching with three fingers)

So we’ve looked at Flexcil Android version, which is currently being developed.

It’s still in the development stage so beta testers’ bug reports and developers’ feedback are being made to fix some minor bugs and to add some more convenient features.

As I said in the beginning of the article, however, even though it’s only a beta version, it’s good enough to use as the main note-taking app.

Most of all, I like that documents take up a larger percentage on the screen instead of UI that takes up space unnecessarily.

I think when someone asks, what is the best note-taking app for Android, there will be no hesitation to say that it’s Flexcil when the official Android version of Flexcil is released.

I look forward to more convenient and delicate functions to be added in the future.

This review is originally written by ITTTTT.

You can see the original post from the following link.